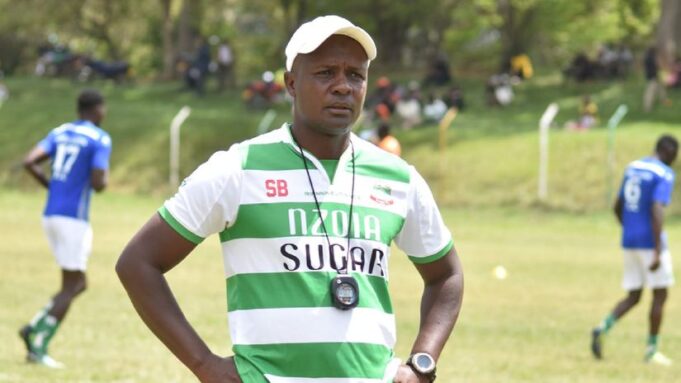 Nzoia, playing at home in week two against Bandari FC, couldnt only manage a scoreless draw against the coastal side after failing to find the back of the next in their league opener against Gor Mahia last week and according to Babu, his strikers needs to start converting chances as he feels they have been creating a lot of opportunities.

“We had a game plan against Bandari and I think the boys worked as we have trained so i cant fault them on that front. My only worry is the lack of goals because we are creating chances and we are failing to convert them. The draw isnt a bad result since we havent lost but we were at home so we should be winning,” Babu said after the game.

Babu further gave an update on his injured players and feels that they will be good when everyone if fit and ready to feature in the next games.

“Salim (Odeka) and Steve (Otieno) had injuries in preseason. While Salim wasnt present today (against Bandari), Steve managed to start from the bench but I hope to have them in our next game since they are important players in the team. Our aim now is to win against Sofapaka since it will be another home game,” the tactician added.

Nzoia will be meeting a Sofapaka side in week three of the league with both teams yet to win; Sofapaka being the other side to have registred a draw and a loss in their first two games.