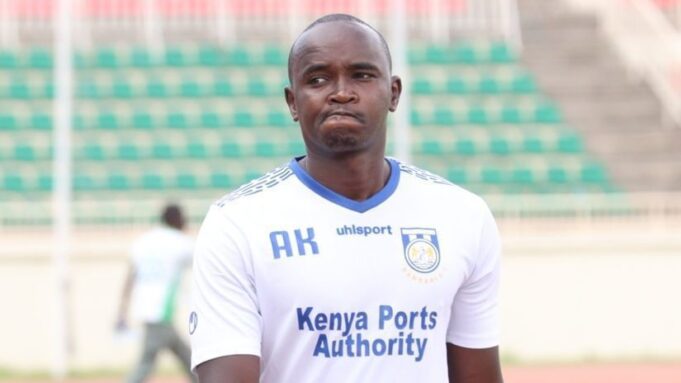 Bandari FC picked a point away to Nzoia in week two of the FKF Premier League action and coach Anthony Kimani believes it was a fair result for his side.

The Dockers won their opening game of the season and while Nzoia game came with its fair share of challenges, Kimani believes that not losing away from home is something that should be welcomed.

“It was a hard-fought game. Nzoia plays a high-level football and being that we were away we were never going to have it easy. I’ll take the point considering we didn’t concede and didn’t lose. It is a good point heading into our next game against KCB,” Kimani said after their scoreless draw.

Asked if he felt they could go a step further this season and challenge for the title, Kimani’s response was apt: “We have a good squad but as you know every team had enough time for preparations in preseason that’s why you are not seeing high scoring games this early. We’ve finished in the top five most of the time recently and as any other team in the top flight, we want to win the title because that’s what all of us are after.”

On their next opponent KCB, Kimani added: “It will be a hard game against KCB. They beat Police the other day and are one of the best teams in the country under a great coach in Zico. Ours now is to return to Mombasa and prepare well for the tie if we are to get something from it.”

The bankers are just but the only few teams yet to taste defeat in the first two games of the season.

Also Read: Salim Babu urged his strikers to be ruthless

BREAKING: Vihiga Bullets fails to show up for Sofapaka game