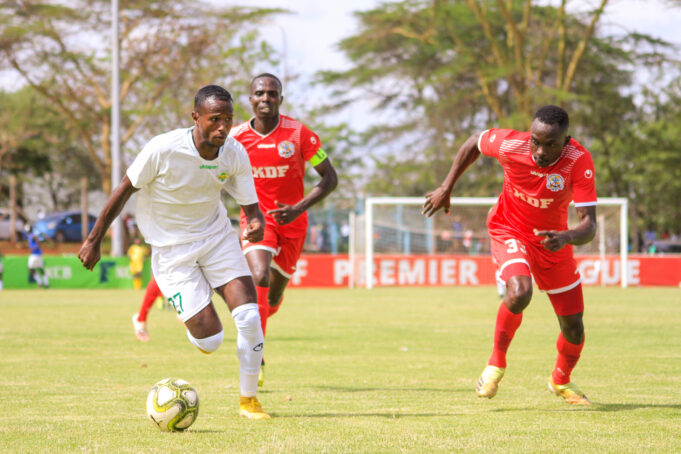 Ugandan Deogratious Ojok grabbed the first hattrick of the season as Tusker FC saw off Nairobi City Stars 4-1 in a FKF Premier League match staged at the Ruaraka Grounds on Sunday.

Tusker came into the game from a morale-boosting win over Kakamega Homeboyz last week but was shocked when their visitors took the lead in the third minute through Samuel Kapen. The response from the Robert Matano side was however immediate with Ojok restoring parity four minutes later.

The Ugandan then grabbed his and Tusker’s second in the 39th minute as the brewers raced to a 2-1 lead at the break and were to come back and bag his hattrick a minute to the hour mark before Jackson Macharia put the cherry on top of the cake with a goal of his own in stoppage time.

In other matches of the day, Ulinzi Stars lost their second game on the trot following a 3-2 loss to Kariobangi Sharks at Kasarani. Boniface Muchiri had given the soldiers a 31st-minute lead but a quickfire from Musamali, Omoto, and Tyson Otieno ensured that a Simiyu late goal was just a mere consolation for the visitors.

Kakamega Homeboyz had striker Levis Okello to thank as his solo goal was all they needed to down KCB in another match played on Sunday.

EFL Cup: Premier League clubs progress to the next round