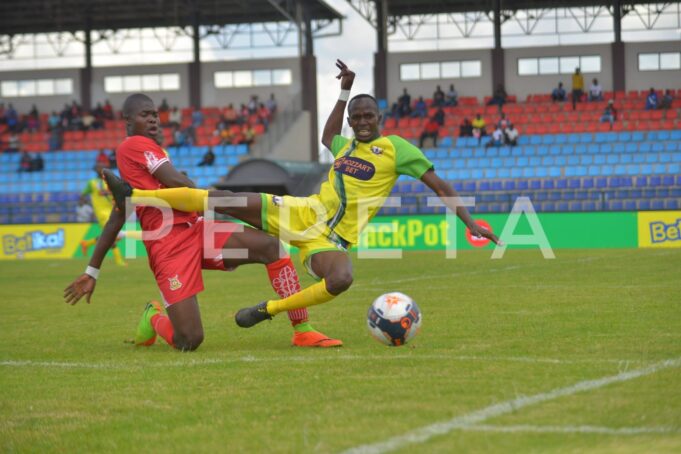 Sofapaka FC winless start to the season continued on Saturday following their 1-0 loss to Nzoia Sugar FC at the Sudi Grounds in week three of FKF Premier League action.

Sofapaka arrived in Nzoia on a back of a draw against Posta Rangers and while coach David Ouma decried about lack of goals in attack, he was boosted by the return of Joe Waithira who had picked a knock in their league opener against Bandari. Nzoia had a winless streak of their own coming into the game after their loss against Gor Mahia and draw against Bandari FC but Salim Babu had reminded his players about the benefit of collecting maximum points at home.

With the game headed for another draw for both sides, Leonard Kasembeli was to come up with what proved to be the winner six minutes from time.

Earlier on, Kenya Police’s winless start to the season continued with a 0-1 loss to Kakamega Homeboyz at the Ulinzi Complex. Homeboyz, just as Nzoia had to leave it late in stoppage time with Moses Sumaha coming up win the winner to send the John Baraza side to second place on the log. The win comes after they downed KCB by the same scoreline last week; a perfect away outing for Baraza who will be at home in their next game.

After losing their first two games of the season, Ulinzi Stars were finally off the mark following their 1-0 win over Posta Rangers at the Ulinzi Complex. The all-important goal was scored by Hillary Simiyu in the 35th minute of the game.

🇰🇪 Goal for Johanna and Avire as Clarke, Athuman, Abuya and Shakava features