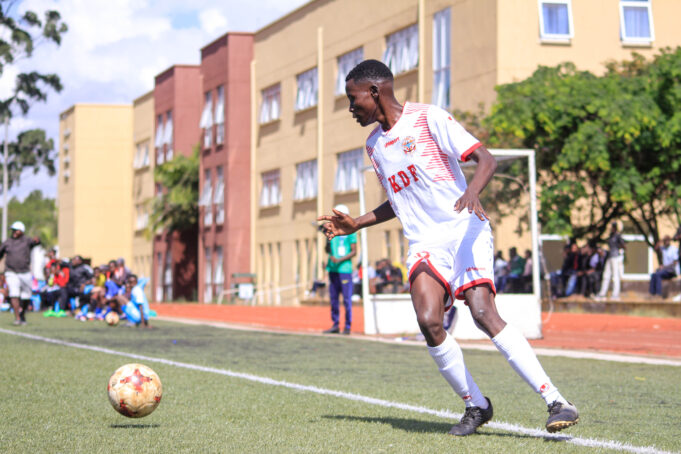 After a scoreless first half, Noel Amutata came back a different animal in the second half after grabbing a brace in the tie to send her team on top of the table this early in the season.

Also Read: Sofapaka falls to Nzoia as Ulinzi gets off the mark

In another match of the day at Nairobi’s  GEMS Cambridge, Ulinzi Starlets and Zetech Sparks fought to a 2-2 draw.

Fridhaus Abdalla gave Zetech the lead six minutes after half time but Sheryl Angachi restored parity in the 62nd minute. Zetech was never going to take things lying down and restored their lead in the 68th minute and when they thought they had nicked in all three points,  Mary Ojenge was to earn Starlets a point after converting a penalty in stoppage time.