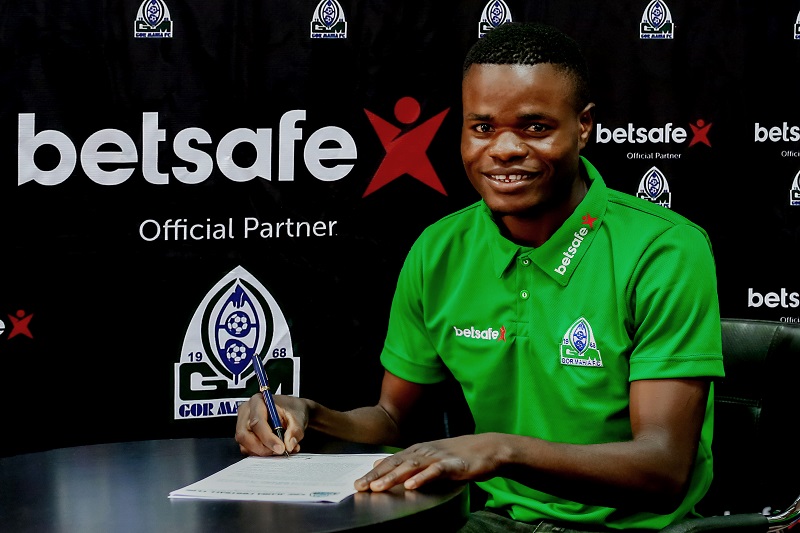 “We are pleased to announce the signing of teenage sensation striker Benson Omalla Ochieng’.”

Speaking to Gor Mahia Tv, the 18-year-old said it was a nice feeling to join the biggest club in the country and quashed any thoughts of pressure that comes with playing for the defending champions.

“It’s a good feeling because moving from Western Stima to Gor is a big move. Gor is a big club in Kenya and many players would like to join this team.

“I want to thank the chairman and the coach for granting me such an opportunity because they are many players who would want to play for this team and they have not had the same opportunity.

“In the concluded season I wanted to be the top scorer but corona ruined everything. I want to continue from where I left this season and I know I’ll achieve my goals.

“I have no pressure I played against them and scored and right now my aim is to play for them so I don’t think there is no pressure,” the player said.

The striker who is still a Form Four student at Kisumu Day won the SJAK Player of the month in December 2019 and scored nine goals in the past season.