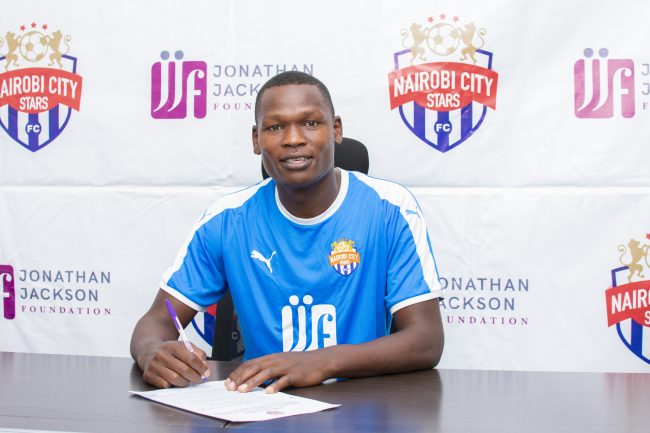 Kipkirui was allowed to sign for the Kawangware based side outside the stipulated window with the club’s CEO Mr Patrick Korir revealing that they had registered a pre-agreement with the Federation on the player.

Also Read: Salah in as Egypt names its 28 man squad for Kenya test

Speaking after sealing his move, the former Zoo FC man said, as quoted by the club said: “I’m so excited to join Nairobi City Stars. I had several offers from teams within and outside Kenya but it is Simba wa Nairobi that appealed to me most.

“I wish to thank the club owner Jonathan Jackson, management led by the Chief Executive Patrick Korir, and Team Coordinator Samson Otieno for offering me an opportunity to play for this ambitious club. I am ready to make the most of this chance. I also want to sincerely extend my gratitude to the technical bench led by coach Sanjin Alagic for checking up and supporting me as went through due process to join the club.

“Lastly, I thank Football Kenya Federation for assisting me to be able to play football and put a smile on my face again.”

The striker who has been handed jersey 17 joins Bolton Omwenga and right back Kevin Chumsy Okumu (loan) as the new faces in the team.

Starlets forward Bertha Omita opens up on life at Simba