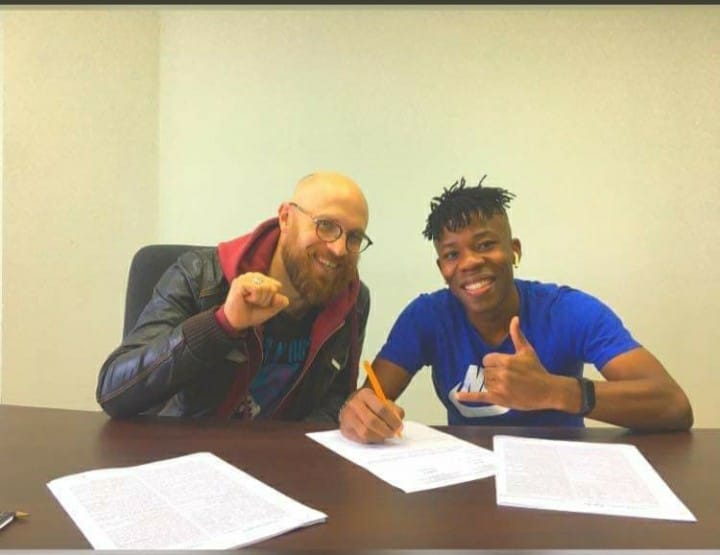 Kenyan midfielder Mohammed Katana has joined Swedish division one side Vasalunds IF on a five-year deal.

Katana, popularly known as Messi Agege, has been in the cold for four months after leaving Belarus side Isloch and according to his representative Jamal Ibrahim, the player is expected in Sweden this week to complete the paperwork.

“Yes, its true that Katana is joining Vasalund on a five-year deal. He will be heading to the Embassy today (Tuesday) to get the required paperwork to facilitate his travels here,” Jamal told Pepeta.

The player has been in the country training with his previous club Bandari FC and will hope to join other Kenyans who have been in the club before.

At Vasalund, Katana will be playing alongside another Kenyan in Anthony Wambani who has already gained Swedish citizenship; the combative midfielder having represented Bandari FC in the Kenyan Premier league too.

Other Kenyans who have been featured for the club recently include Ochieng Ovella and Eric Ouma; the latter currently in the books of AIK.

Vasalunds who play their matches in the 5,200 seater Skytteholms IP stadium are currently placed 15th in a 16 team league with 16 points after 16 rounds of matches.

Also Read: Akida jets out to begin her PAOK journey