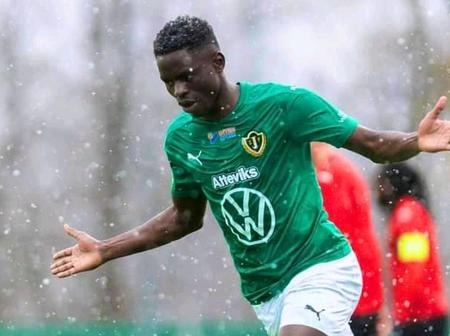 The midfielder joined the club at the start of 2020 from IF Bromma and went to be an integral member of the team where he scored 14 goals in 50 matches.

In confirming the news was Sodra who said in a statement: “Eric Omondi came to Jönköpings Södra before the 2020 season and has in two seasons made a total of 50 matches and 14 goals in the Superettan.

“He signed a two-year contract that expired at the turn of 2022 and the club has decided not to renew his contract. Jönköpings Södra would like to thank Eric for his efforts and wish him luck in the future!”

Johanna who came through the ranks of Kenyan Premier League side Mathare United has been in the country and is believed to be angling at a move back in Europe.

Apart from Sodra and Bromma, the player has represented IF Vasalunds in Sweden and it remains to be seen where he will be offering his services this year.