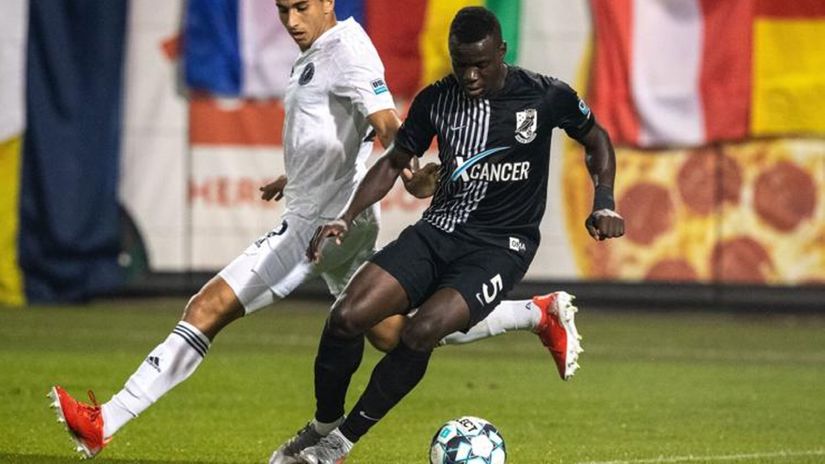 Kenyan midfielder Tobias Otieno has ditched Union Omaha for Tormenta FC in the USL League One.

The former Gor Mahia has signed a two-year deal with the transfer pending league and federation approval.

Announcing the arrival of the midfielder, the club noted: “Tormenta is pleased to announce the signing of Kenyan midfielder Tobias Otieno Omondi to its 2022 professional roster on a two-year deal, pending league and federation approval.”

Head Coach Ian Cameron said of the player: “In Tobias, we feel we have a best-in-class holding midfielder in USL League One and the Championship. Otieno is a player that teammates love playing with as he competes for everything and has an infectious love of the game.

“He arrived at USL League One and achieved great success at Union Omaha. Now, we aim to develop his game even further and build on that success.”

The 23-year-old helped Union Omaha win its first USL League One title in club history last season where he managed 1,529 minutes in 25 matches, resulting in two goals and three assists.

Also Read: Managing expectations in an environment of passion

KPL: Tusker pile pressure on Homeboyz as Mathare fails to show up