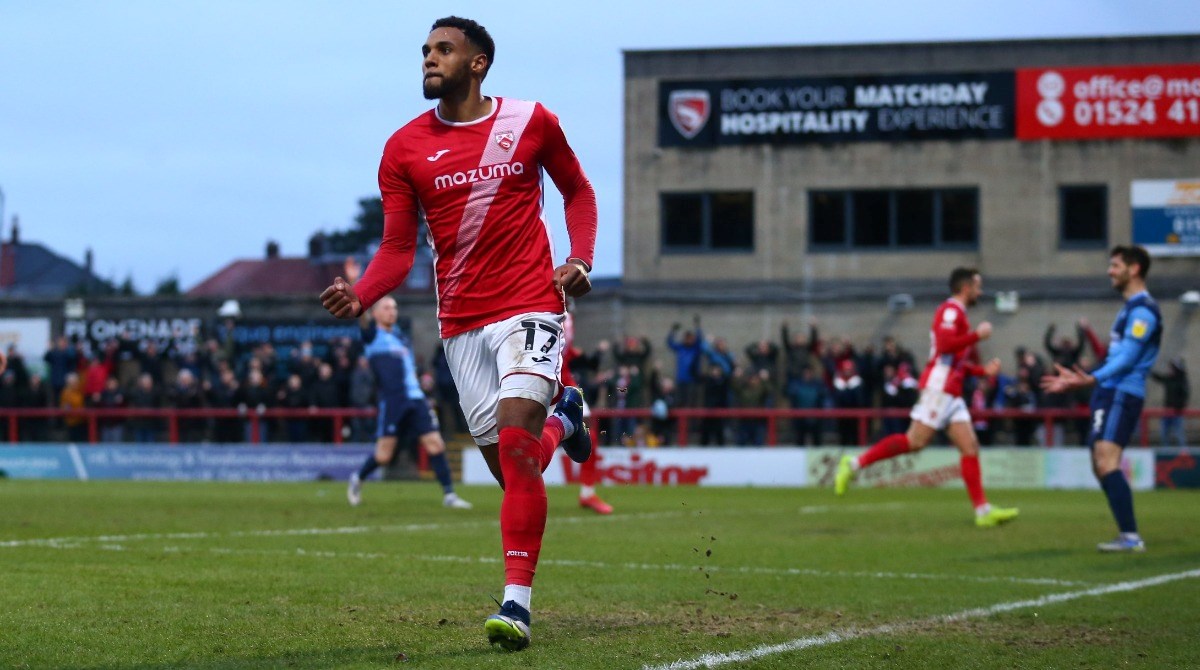 Buddies boss Stephen Robinson signed Ayunga when he was in charge of Bristol Rovers and has made the player his fourth signing in the summer with the player set to officially join the club next month.

Robinson made his move after Morecambe boss Derek Adams decided to put Ayunga on the transfer list.
Speaking about the signing, Robison as quoted by Daily Record said: “We’ve got four players signed which we’ll announce over the coming weeks.

“All four will strengthen the squad and enhance what we’ve already got. I believe we need a couple more, maybe three, so there’s still more business to be done. Especially when the market opens up in England.”

The St Mirren boss, who has overseen back-to-back victories, has already signed midfielder Keanu Baccus from Western Sydney Wanderers and Mark O’Hara from Motherwell. A deal has also been agreed to sign Northern Irish keeper Trevor Carson from Dundee United. Carson was a teammate of Ayunga when he was on loan at Morecambe earlier this season.

At Morecambe, Ayunga managed six goals in 42 games. He scored home and away against Wycombe Wanderers, twice at Accrington Stanley, once against Plymouth Argyle, and the injury-time equalizer against Portsmouth on Easter Monday.

St Mirren who was on the brink of relegation beat Dundee 2-0 over the weekend to confirm their Premiership status for another season.