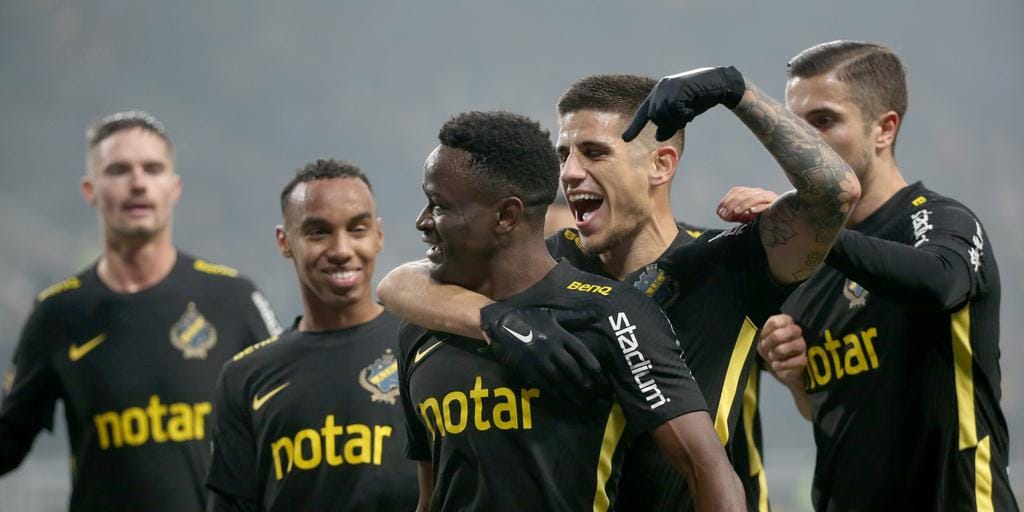 Swedish giants AIK through sporting director Henrik Jurelius has denied reports linking Eric Ouma with a move away from the club.

Reports have emerged in recent weeks that Ouma was on his way out of the club with Scottish giants Celtic said to be the frontrunners for his signature this summer.

While Jurelius, in an interview with Expressen, admitted that they expect interest for the player, the transfer links were baseless as there was no team yet to approach them.

“He [Otieno] is also a player who has delivered at a very high level. He has had high peaks during the year and it is a bit surprising that there is not more interest in Otieno,” he said.

When asked straight up by Expressen whether there was solid interest in Otieno, Jurelius responded with a simple “No”. Clearly, there’s nothing further to discuss regarding a potential transfer at the moment.

Ouma has solidified himself as the first-choice left-back in Stockholm and continues to be an important player for AIK who are gunning for the league title after missing the top prize by a whisker last season.