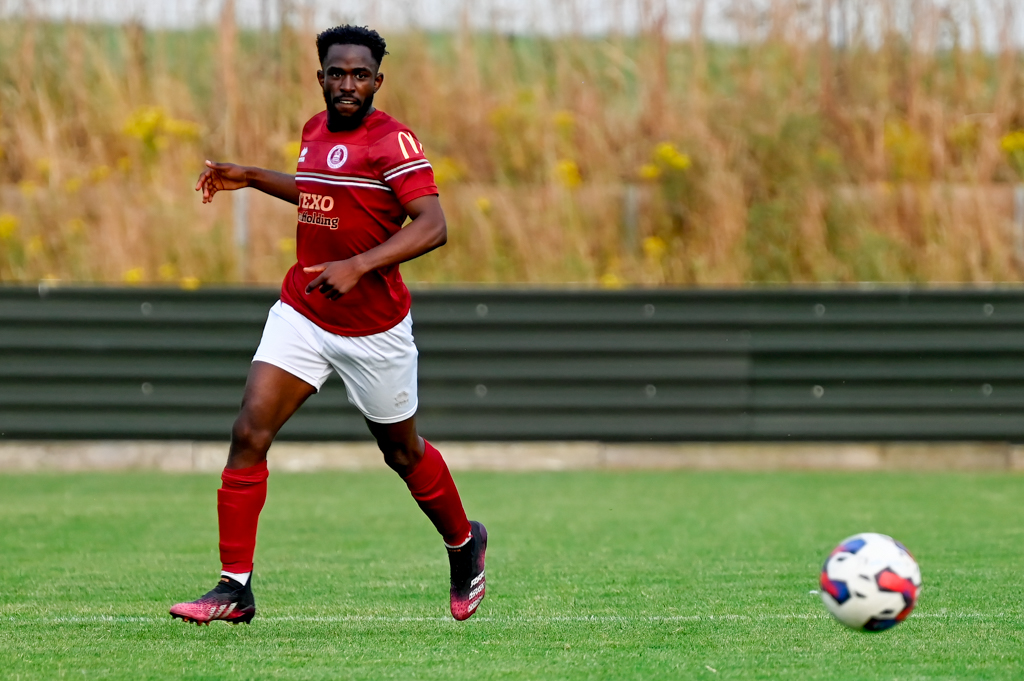 The player who has already featured for his new side in preseason joins the club from local rivals Billericay Town where he has been since December 2021.

Speaking on his arrival, Ochieng said: “I’ve known the gaffer for just under a year and we got in contact again during pre-season to try and find that missing jigsaw piece in his squad. He knows how I like to play and I can play in different systems, so it was an easy decision for me.

“I am predominately a centre defensive midfielder who breaks up play and reads the game but I can also play higher up the pitch to create things.”

The player came through the academy at West Ham United and then moved to Leyton Orient on a scholarship in 2015.  Then after spells in non-league football with Braintree, Welwyn Garden City and Wingate & Finchley, he joined League of Ireland Premier Division side Cork City, and Ochieng went on to make 19 appearances for them. He returned to England to sign with Watford U23s, before coming back to the non-league game with Hemel Hempstead and Billericay, with whom he ended last season.

He was called up to their national team for an African Nations Cup match v Sierra Leone but unfortunately, the match was canceled; he did however play for Kenya U23s v Mauritius in 2018 in qualifying for the U23 African Nations Cup.