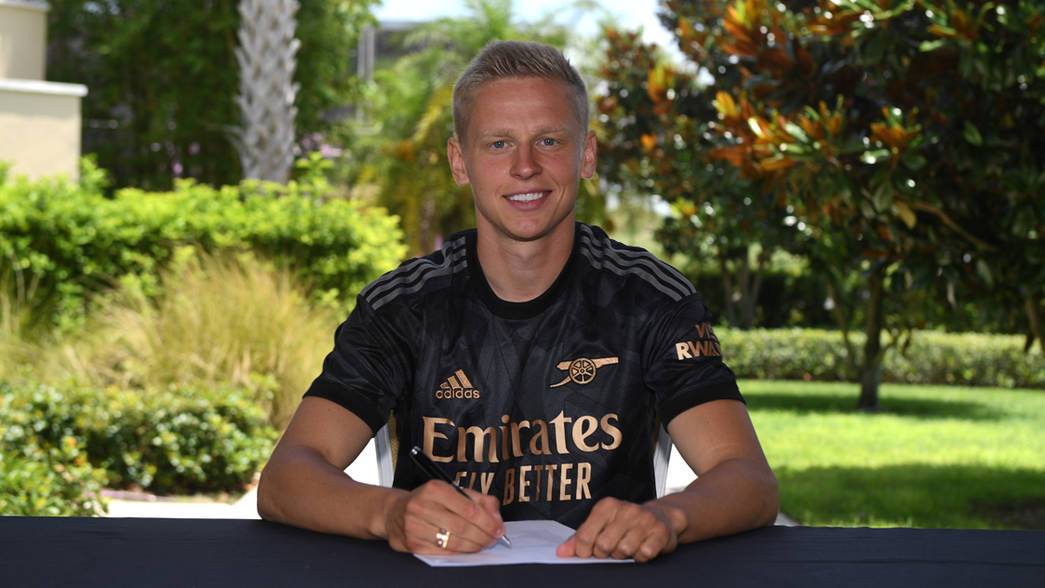 Arsenal has once again raided Manchester City for the services of defender Oleksandr Zinchenko.

The Ukrainian international becomes the second player from City this summer to move to the Emirates after that of striker Gabriel Jesus.

A statement from Arsenal noted: “Oleksandr Zinchenko has joined us on a long-term contract from Manchester City.

“The 25-year-old brings huge experience of the Premier League and international football to our squad, having made 128 appearances for Manchester City and playing 52 times for his country Ukraine.”

Arsenal manager Mikel Arteta noted: “We’re so happy Alex has joined us. He’s a player that I personally know really well and continued to follow him after my time at Manchester City.

“Alex is a high quality player who will give us options and versatility. It’s not only about the positions he can play but as well, the versatility he will give us in attack and defense. Alex is a person with great human qualities and character, and I’m delighted that everyone has made this huge effort to bring Alex to the club.”

Alex developed through the youth academy at Ukrainian club Shakhtar Donetsk, moving to FC Ufa in Russia in 2015. After 31 appearances with FC Ufa, he signed for Manchester City in June 2016, spending 2016/17 on loan at Dutch side PSV Eindhoven, before returning to City the following season.

Breaking the Bias: The experiences of female athletes with disabilities