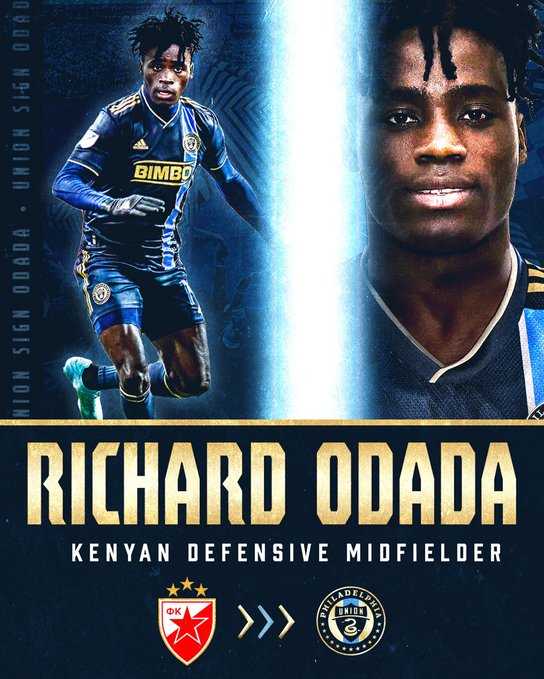 Harambee Stars midfielder Richard Odada has joined Major League Soccer (MLS) side  Philadelphia Union two and a half-year contract with a club option for a third and fourth year.

A statement from the club noted:  “Philadelphia Union announced today that they have signed defensive midfielder Richard Odada from Red Star Belgrade to a two and a half-year contract with a club option for a third and fourth year in exchange for an undisclosed transfer fee.

The player joins the club from the Serbian side Red Star Belgrade where he has been since 2019; the 21-year-old making just two appearances for the club.

Internationally, Odada has earned five caps for Kenya’s Men’s National Team and scored his only goal for the national team in a 2-1 win against Rwanda on November 15, 2021.

Also Read: Starlets duo back in the country