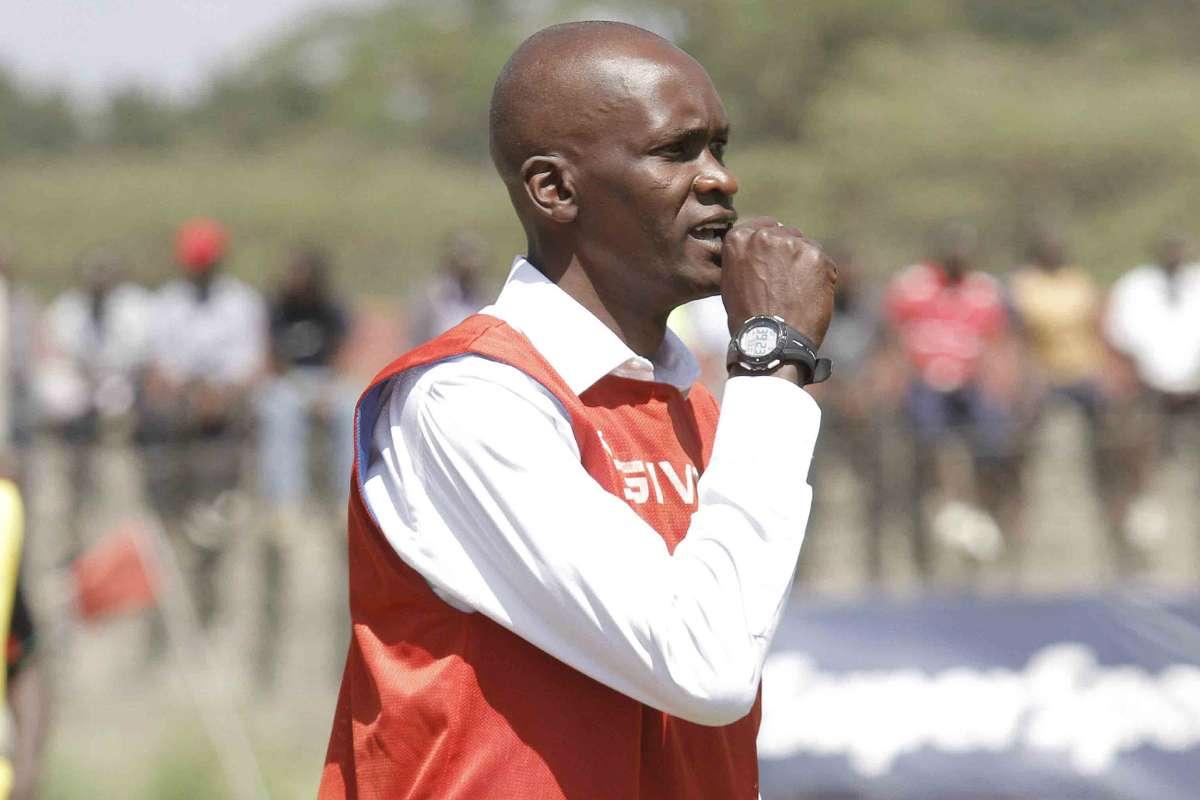 This is the second part of my piece on the Boniface Ambani controversy.

The former Tusker FC, AFC leopards’, Oserian Fastac FC and Young Africans SC outspoken striker Boniface Ambani could have scored 21 goals and not 26 as earlier reported. Ambani has never shied away from stating that he scored 26 goals in the 2005-06 season of KPL. This was the accepted tally until Imran Otieno penned a piece in July this year that threw everything in the air.

Statistics are like bikinis, what they reveal are suggestive but what they conceal is vital. The secret is to torture data, if you squeeze it well, it will tell you a story. However, without data all you have is opinion. I stepped in and realized my biggest challenge is to overcome Confirmation Bias, the tendency to favor information that confirms previous belief; that Ambani scored 26 goals. In the end, I got more than I bargained for.

Also Read: Why the Hate for the National Team?

I went looking for the numbers and I talked to several players who played for Tusker FC and from other clubs that season. Several of them confirmed that Ambani indeed scored 26 goals, some could not remember but others were reluctant about being dragged into the controversy. Ambani joined Tusker from Kenya Pipeline FC just before the latter was disbanded. Tusker was preparing to play in the African Champions’ League so they assembled a strong squad under Coach Dino Kitavi. Other strikers in the squad were George Midenyo, George Odari, Collins Tiego and Eric Muranda.

The squad boasted of Harambee Stars goalkeepers in Victor Onyango and Wilson Obungu. Others were Patrick Osiako, Charles Okwemba, Jeffrey Oyando, David Etale among others. Dino Kitavi was replaced by Jacob “Ghost” Mulee in November of 2005. Tusker played only nine matches in the 2005 part of the season so the bulk of their matches came in 2006 where Ambani scored most of the goals. Charles Okwenba and Collins Tiego left at the end of 2005 to join APR of Rwanda.

Imran Otieno reports that Ambani actually scored 20 goals, he was erroneously added one goal from George Midenyo’s tally. I spoke to George Midenyo who official records put his tally at nine goals but he says he scored twelve goals. These two points lend credence to my hunch that no one can claim to have full proof records of goals scored that season. As per KPL reports, Tusker scored 58 goals in the field of play that season by the players listed below.

NB. Jeff Oyando and Jeff Onyango as well as Nicholas Ochieng’ and Nicholas Odhiambo could be two people and not four. I am still chasing the official records to ascertain this.

Let us look at 2005 in Kenya. KPL Ltd had taken over running the league from KFF. The systems and structures in terms of officiating and documentation were in the hands of people put there by KFF. The wrangles within KFF and the bad blood the camp backed by the government had against KPL Ltd leave a lot of gaps due to loyalty. KPL Ltd came in with a professional mindset but the prevailing environment curtailed their noble intentions.

Mobile phones had just become affordable but only in urban setups. This means that reports from matches outside Nairobi had to go through several people over a few days before they arrived in Nairobi. This I confirmed because reports of matches involving Tusker that were played upcountry did not feature in local dailies the next day. The matches played in Nairobi and Thika were reported in the dailies the next day.

The official final league standing puts goals scored by Tusker at 60. Of which Ambani scored 20 and Midenyo scored 10. I tried looking for those who scored the other 30 goals from match reports in the local dailies. This is because the press provides third-party independent records after the player (club) and KPL. I could not trace the goal scorers in matches played by Tusker upcountry on a week-by-week basis. The list above was mined from KPL Technical Report but some goals I ascertained from press reports.

From match tallies, Tusker scored 58 goals and conceded 28 goals. Two of the scored goals were from a walkover awarded against Gor Mahia. You also find a question mark on the Agro-Chemical goal scorer when they lost to Tusker 2-1 in Muhoroni.

The Daily Nation of March 20th, 2006 reports that Boniface Ambani was second in the top scorers list with 8 goals scored behind Mark Sirengo of Mumias who had scored 10 goals. Ambani was tied in the second spot with Gor Mahia’s Ken Oliech, Antony Nderitu of Ulinzi, and Leonard Wanyonyi of Securicor. George Midenyo of Tusker had 6 goals to his name. The official tally puts Boniface Ambani at 6 goals after he scored a brace on the 5th of February when Tusker scored 5 goals past Shabana. He scored the next goal on 25th March against World Hope.

The same Daily Nation featured the league table on the 18th of July where Tusker had scored 60 goals and conceded 28. This means that no goal was scored after this. Then on 24th July, the same paper reported Ambani as leading the chase for the golden boot with 21 goals, but this was a feature story. Gishinga Njoroge, a respected head in sports journalism penned a feature story in the Daily Nation on 21st August 2006 where he said Ambani was likely to bag the golden boot as he was leading the race with 29 goals to use his words; in the chaotically concluded league. The figures above clearly show that even KPL and KFF cannot confidently come up with the correct official tally sixteen years later.

A few years ago, Boniface Ambani stepped into the National Stadium in Dar-es-Salaam to watch the Dar- Derby between Simba SC and Yanga SC. Unknown to Ambani, fans had spotted him outside the stadium so the moment he turned to take his seat, he saw all the Yellow and Green (Yanga Colours) sides of the stadium on their feet screaming his name. Ambani was dumbfounded and remained standing waving to them. That’s when someone whispered to him that the fans will only sit once he is seated. The term legend has recently become so common but they don’t make such legends anymore on this side of the globe.

Boniface Ambani is among top goal poachers we have produced in Kenya. He won golden boots in Kenya and Tanzania leagues so he has nothing to prove. Several talented footballers from that “lost decade” in Kenyan football never got the accolade they deserved. Like the proverbial Chinua Achebe’s lizard that jumped from a high iroko tree, let Ambani praise himself if we cannot praise him.

I am still chasing information and reports from several sources. I will be back once I get them.