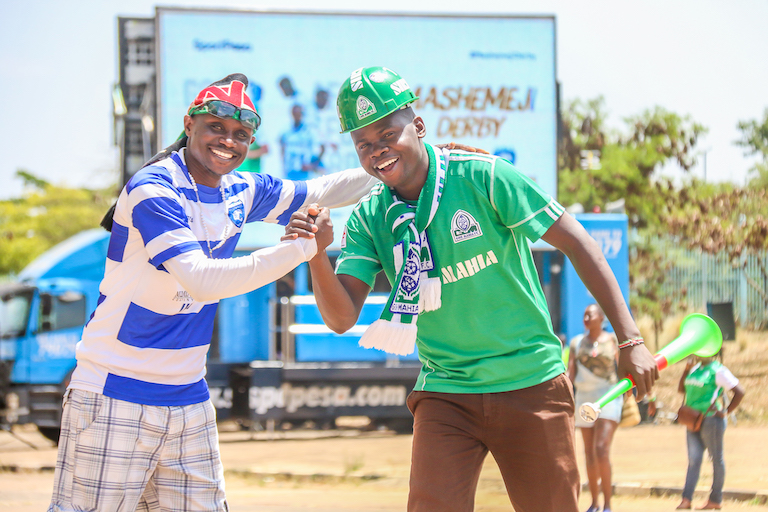 I do not subscribe to the notion that the Mashemeji Derby is suffering because Nick Mwednwa has decided to run down the game. Far from it.

When you bring together random people in large numbers, rotten apples will find themselves in the mix and no one has control over that. What is happening towards the 90th meeting between Kenya’s most supported teams is atrocious and the leaders tasked with ensuring we all have jitters and unexplained adrenaline when Gor Mahia meets AFC Leopards should not go unpunished.

Yes. The Kenyan Premier League has been on a downward trajectory in the past seasons but that shouldn’t be an excuse to deny us a show. Yes. The Football Kenya Federation and its honchos have a big say in how the league should run but that shouldn’t prevent those in charge of both clubs to care less about this tie.

Mashemeji Derby problems cannot be found in the section criteria of the Federation as the tie in July 2014, which ended in a 2-2 draw, proved. These two teams have struggled before but they still gave us a show.

Gor Mahia at that time had no sponsor. You remember their players taking to the pitch with a Paybill number emblazoned on their chest. While AFC Leopards were still enjoying the Mumias Sugar money, Gor with all their troubles gave us a show to remember.

You all remember the game as the Danny Sserenkuma show when he bagged a brace for a share of spoils after Leopards had threatened to grab the bragging rights courtesy of goals from Martin Imabalambala and Noah Wafula.

While the point is true, it should never be a reason for the lack of spark from both teams as proved in that 2014 show. We are living in an environment where excuses have been the form of the day, and abnormal things are constantly turning out to be normal.

Look at the Tanzanian League for example. It’s not that Yanga and Simba have all the support they need in the league. It’s not that they have a competitive league. But the country stands still when Simba is up against Yanga. Both teams know this and will always go the extra mile in giving their fans what they need despite the challenges. Why that is not emulated here is beyond me.

We must learn to put the blame where it squarely lies. The football leadership at Gor Mahia and AFC Leopards must be told that if they can’t entice fans in this game then they should forget about the growth of the league.

This fixture isn’t for Mwendwa and his cronies; it is for the fan. We want them to fight for the pride of this league. We want them to put themselves on the firing line and prove to the federation that they still have a lot to offer in the game. It will be a criminal offense if any of them thought this league is for Nick Mwendwa. Because we want adrenaline, and we want it now.

The Kenyan Premier League has 99 problems, and the Mashemeji Derby shouldn’t be one of them.