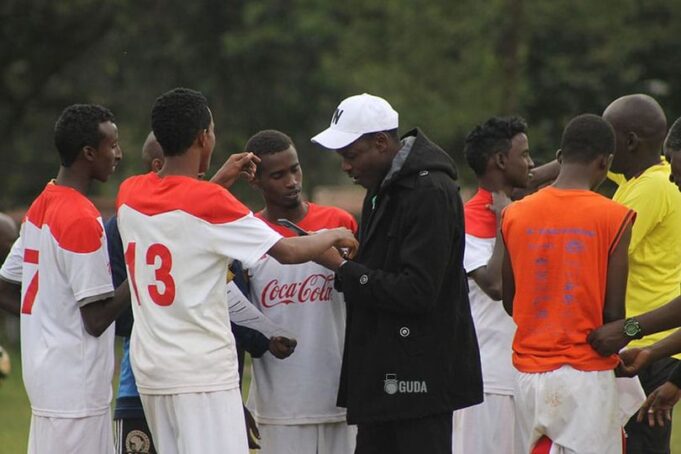 There has been a buzz around the appointment of Ababu Namwamba as the Sports CS. Being someone who has been on the docket before, a lot of us have the hope that he will make sports and specifically football great again in this country.

His first task has been to ensure that we have our leagues running again with the Kenyan Premier League being his top priority but that’s not why I decided to write a football piece (again) today.

As controversial as I might sound, I’m praying that Division Two and the tiers below it be scrapped.  In the past seasons, there have been a lot of complaints from teams in those lower tiers about how they have been fleeced by powers that be in the running of their teams. In an entire season, a team is required to pay for referees, book a venue, pay a participation fee with the only incentive being the promotion. In short, there are no incentives that come with playing in those leagues. This is a perfect example of what’s wrong with Kenyan football; business-wise, this model cant be viable for any investor.

With the hurried Center of Excellence, which was apparently to shape our next generation of stars gone, I’d want to see a proper investment in secondary school football from the government led by Ababu. Pick any successful footballer in this country and let’s put this thought to the test. You all know Dennis Oliech is my neighbor in Seme. Victor Wanyama is from Busia. Yet Oliech and Wanyama discovered they were good at football in High School. Both of them would play for Kamukunji High School; before taking up a full-time career in professional football. Imagine Wanyama and Oliech in those Division Two teams and the chance of them getting spotted in those remote places.  Secondary School is where the sports business is at and should be given the needed attention if we are to unearth new talents.

FKF has been rolling coaching courses for some time now. Deploy those trained individuals in those schools and put them under contract. The government has a lot of money to pay those people. That’s another way of absorbing our former players who have found it hard to crack this coaching field that has been dominated by the same faces year in and year out. By doing that, you would have killed two birds with one stone; unearthing new talents, as you find a new pool of coaches who can act as scouts for junior national teams too.

Pumping money into sports at the high school level will see kids who struggle with academics have a reason to stay in school and pursue alternative career development pathways. While their peers who are good at academics will be proceeding to the university, they shall be proceeding to play in Division One or even the Kenyan Premier League if they are good.

Pumping money into sports at the High School level also drastically increases the number of years talented athletes can play at the elite level. A normal kid from school might take a few years to climb the ladder to the Kenyan top flight. Most always arrive in KPL when they are around 24 (real age) but since they want to cover for lost time trying to find their footing after school, a reduction in age must suffice.  If you finish High School at 18 and have to make your Premier League debut at 24, it means you have lost 6 years struggling to be identified by talent scouts to be eligible to play on the national stage. Not so many people have the patience of waiting that long to make a breakthrough. Hope is lost and in turn, a lot of talent goes down the drain.

Dear Namwamba, give us a secondary school league for all sports disciplines and watch the magic unfold.