It has been another weekend where different Kenyan players away from home managed to represent their respective teams.

While the weekend isn’t through yet, a few of the players begun action on Friday with games expected to go until Monday. So how did they fair?

In Tanzania, Joash Onyango and Faruk Shikhalo were denied a chance to face each other in the Dar Derby between arch rivals Simba SC and Yanga after the latter protested the late Kick Off that had been changed by the country’s federation.

In the English Championship, defender Clarke Oduor was once again left on the bench as Barnsley held Premier league bound Norwich to a 2-2 draw.

Victor Wanyama was once again handed the armband as Montreal Impact went 2-0 down to Vancouver Whitecaps on Saturday night; the Kenyan managing to play in the entire game.

In Georgia, Amos Nondi and Alwyn Tera were both missing as FC Dila Gori and Saburtalo took on Lokomotivi Tbilisi and Torpedo Kutaisi respectively. 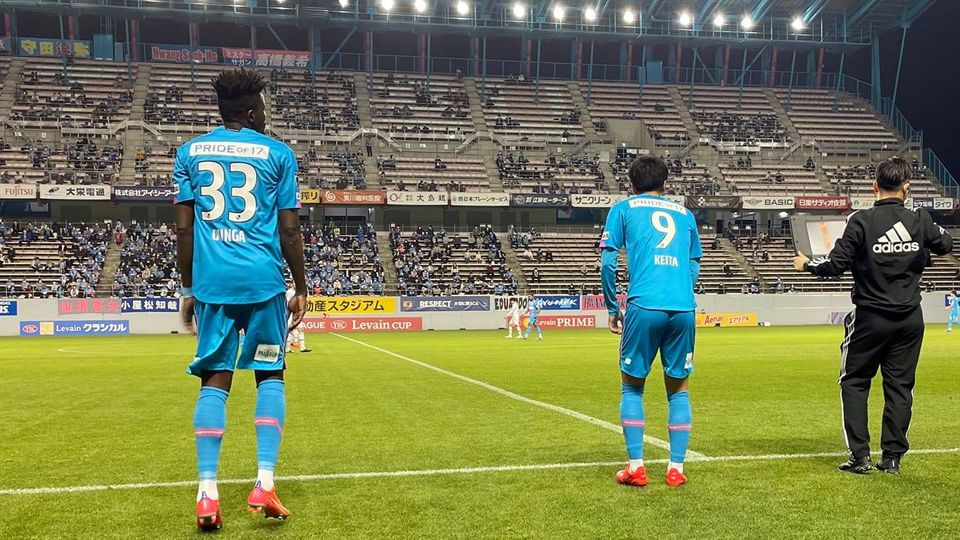 Ismail Dunga in a past action for Sagan Tosu.

In Japan, striker Ismail Dunga was introduced in the 87th minute as Sagan Tosu was held to a goalless draw by Sanfrecce Hiroshima.

In Sweden, Eric Johanna was introduced on the hour mark as Sodra went 2-1 down to Vasteras SK in Swedish Ettan.

In Turkey, Johana Omolo was withdrawn in the 61st minute as BB Erzurumspor went 1-0 down to Jasimpasa in a Turkish Super Lig clash on Saturday.

Kenyan trio of Ian Otieno, Jesse Were and John Makwatta all started as Zesco United emerged 2-1 winners over Nkwazi in the Zambian Super League.

Ayub Timbe was introduced on the hour mark as Vissel Kobe went 2-0 down to Yokahama Marinos in the Japanese J1 League on Sunday morning.

Also Read: Timbe opens up on what it means to play with Iniesta

Coach Ken calls for Sofapaka consistency ahead of...