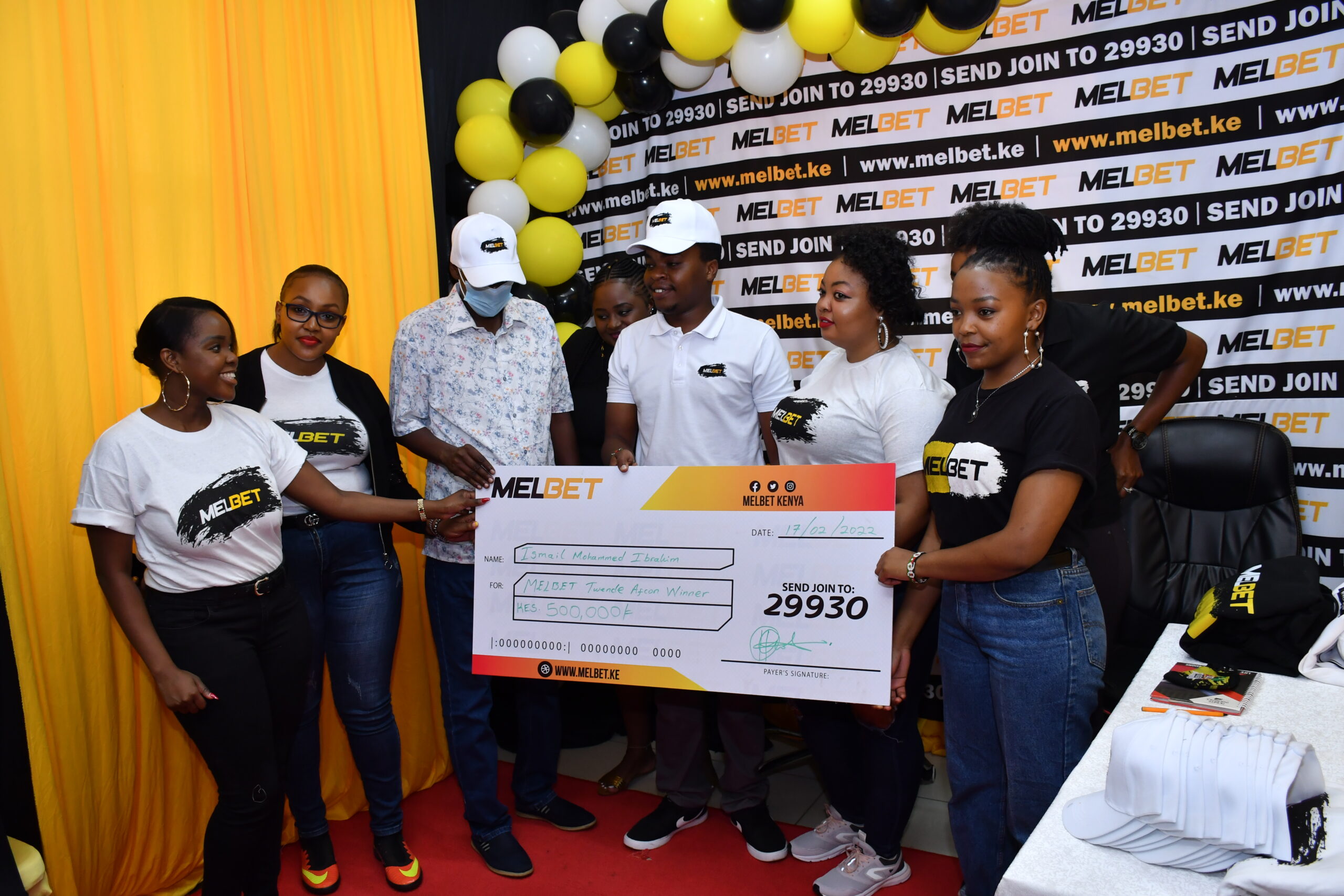 Mohammed was rewarded Ksh 500,000 for winning Twende Euro na Melbet Campaign which was conducted between April and May last year.

Ismael’s name was drawn from a random draw. The winner was to be rewarded with a trip for two to watch the Euro Finals, which wasn’t possible due to travel restrictions as a result of the COVID-19 Pandemic.

“We opted to replace the Euro trip with an AFCON trip for Mohammed but it was also impossible due to travel restrictions. We resorted to rewarding him with a cash reward,” said Henry Omollo, Melbet Kenya, Managing Director.

Thrilled, Mohammed said it was unbelievable at first when he received a call from Melbet informing him of his win, but the truth finally sank on him when he was finally awarded a cheque by Melbet’s Managing Director Mr. Henry Omollo at a pompous ceremony held in Nairobi.

Ibrahim said he intends to use part of the proceeds from his winnings to expand his winning. He also encouraged more people to take part in the various Melbet competitions and promotions since he was a testimony that they are genuine and legitimate.

“I’m happy for the win, it is unbelievable, I thought it was a scam at first, however today I have confirmed that it is real, it is believable.

On his part, Mr. Omollo reiterated Melbet’s commitment to continue coming up with more exciting products in the market to keep their growing customer base happy and excited.

“We promise our clients and the general public more promotions and better offers this year, we will continue to support our local sports industry,’ stated Mr.Omollo.