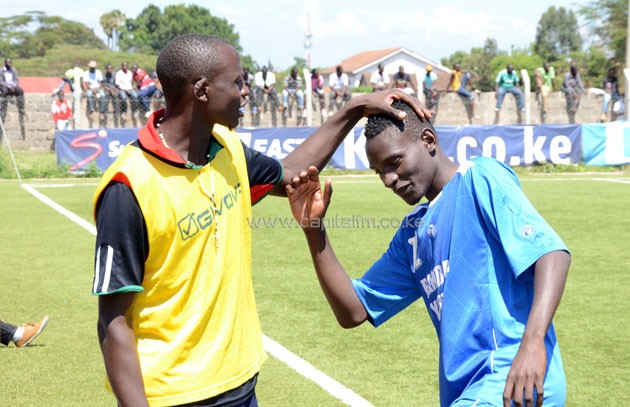 In our segment of Destiny or Misfortune where we profile the youngsters who featured in the Kenyan Premier League U20 Tournament in December 2016, we land at Bandari.

Having always showcased the talents in the Coastal region, Bandari came to the tournament with so much hope at a time when their senior side was to fly the Kenyan flag in the CAF Confederations Cup.

It was the first time the Coastal club was going to participate in the competition and according to Wilson Obungu, who is currently the team manager with the main team, they had hopes that a number of the youngsters would join them for the competition.

“I worked with the junior team during that time and I was very confident that some of them would be promoted to the senior side because we knew the talent they possessed,” Oburu opines.

While players like Anthony Wambani and John Avire made the cut to the senior team, most of the talents have struggled to find teams with Oburu remembering vividly how some veered off the way after failed promises by their suitors.

“I think others lacked the patience to wait as they felt they would be starters in other teams. I think in that lot Odenyi Oremo (Gabriel) was the most talented of the lot. We had an agreement to promote him to the senior team but I think there are people who misadvised him against joining us as they claimed he wasn’t going to be given enough time,” Oburu recalls.

Oremo was to move to Coast Stima where he played for almost a season but picked a nasty injury. The team was unable to cater to his needs despite him presenting his case to Kenya Football Association (KEFWA) who tried to incorporate him into a program. His star dimmed that way and it’s like his career stalled.

Like most of his peers, the lot had players who have tried to make inroads in foreign countries. A player like Jude Otieno is still in the books of Horseed with Bwanahama Sabir crossing over to Tanzania where his father is.

Others have turned into other businesses which they promote on their various social media pages; a clear indication that they are no longer in football; this lot having Zuberi Ahmed Kazungu who is currently in the Gulf after a short stint with Shanzu United.