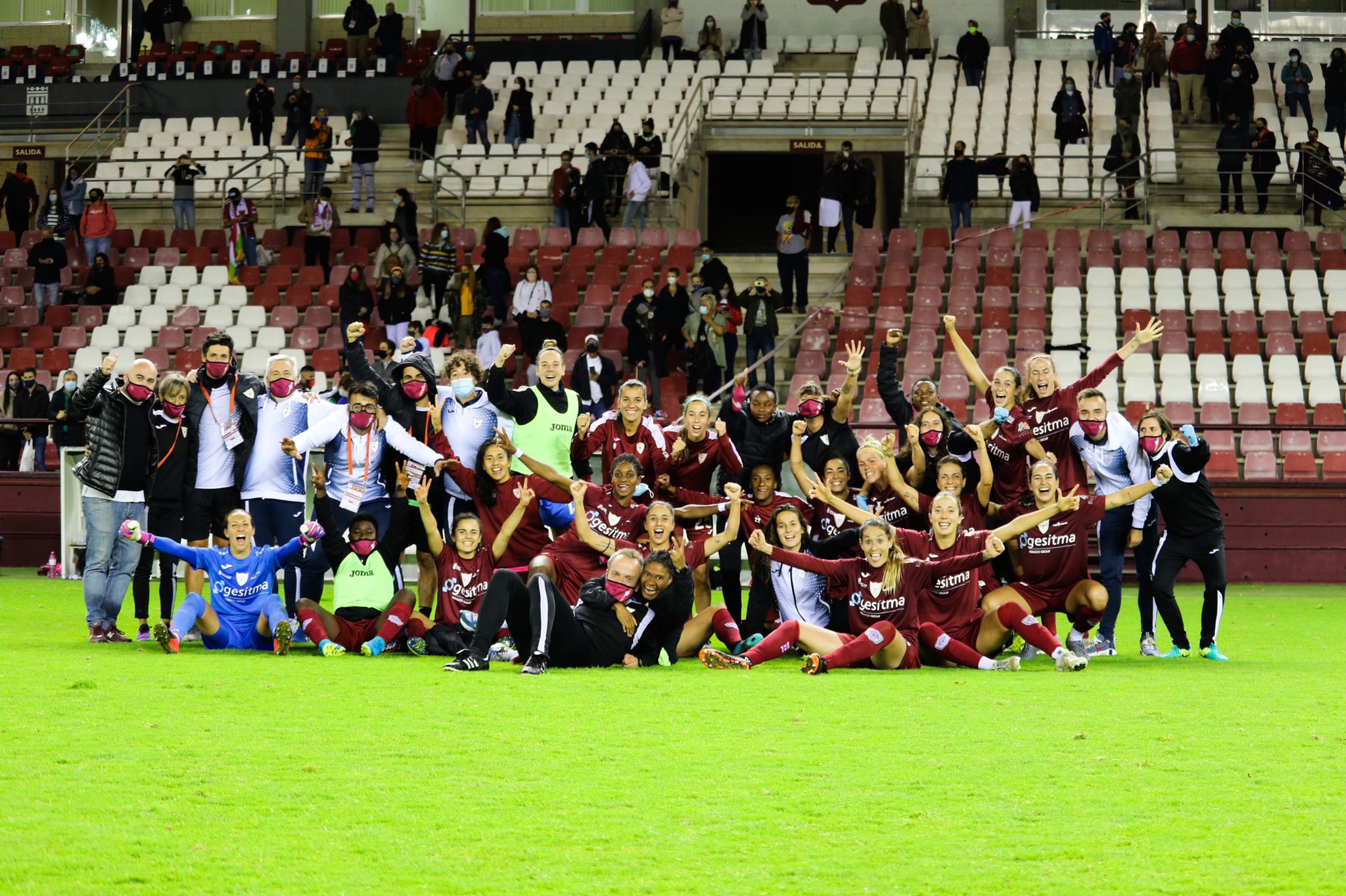 Harambee Starlets’ Cynthia Shilwatso will hope she can make an appearance in the final of the Copa de la Reina after her side EDF Logrono beat Athletic Club on post-match penalties in the semifinals.

Both teams couldn’t be separated in normal time of 120 minutes with the game forced to go to penalties in a match played at the Estadio Nuevo on Wednesday night.

Logrono had Mexican keeper Pamela Tajonar to thank as she saved two penalties from Athletic captain Marta Unzue and Maria Diaz before another miss from Maria Diaz ensured that the hosts emerged 3-1 winners in the penalty shootout.

EDF will now face either Barcelona, home of Nigerian Asisat Oshoala or Sevilla with both teams battling in another semi-final on Thursday night.

In the competition, Logrono started with a 2-0 win over Espanyol in February this year before beating Real Betis in the next round. The games were then suspended due to COVID with the game against Athletic Club being their second competitive game since football returned across Europe.

Shilwatso didn’t feature in the game despite having come from the bench for her debut in their last week loss to Levante in the league.

Also Read: Why the hate for the National Team?