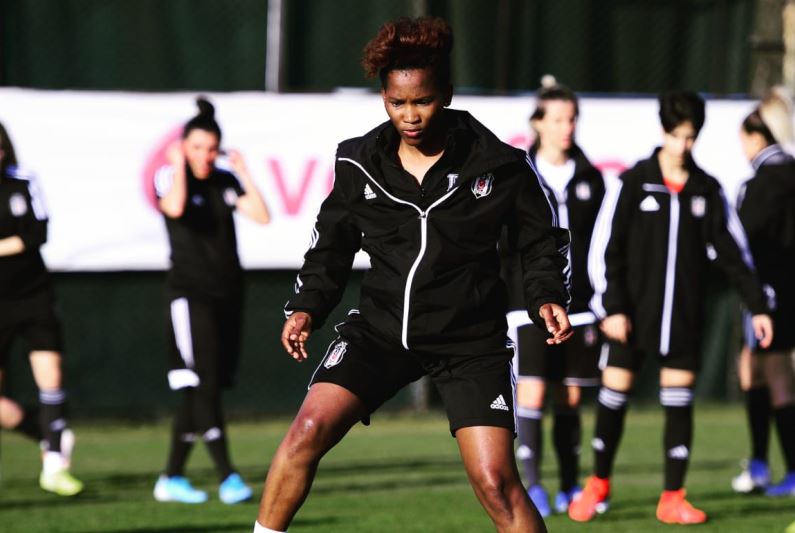 Harambee Starlets Esse Akida is back in the country after a stint with Turkish giants Besiktas.

Akida joined the team in February 2020 and after featuring for the club in a few games, their season was disrupted by coronavirus with the team forced to wait for a longer period for the resumption of the league which was cancelled.

In an interview with Pepeta, the player confirmed that she was back in the country but was coy in her next move stating that all she wanted was to play.

“Yes. I am back in the country and Im rearing to go again. Enjoyed my time in Turkey and I think I grew more as a player,” Akida said.

Pressed to at least reveal her next move, the player said: “Right now Im a free agent and you’ll have to wait to see where I’ll be next.”

The player has been spotted keeping fit with her former side Thika Queens and there have been reports that she might sign a short term deal with the team.

Akida is one of the most coveted players in the Kenya ladies soccer scene having featured for KeMu, Spedag FC and Israeli side Ramat HaSharon F.C.

Is Ayub Timbe on his way out of China?