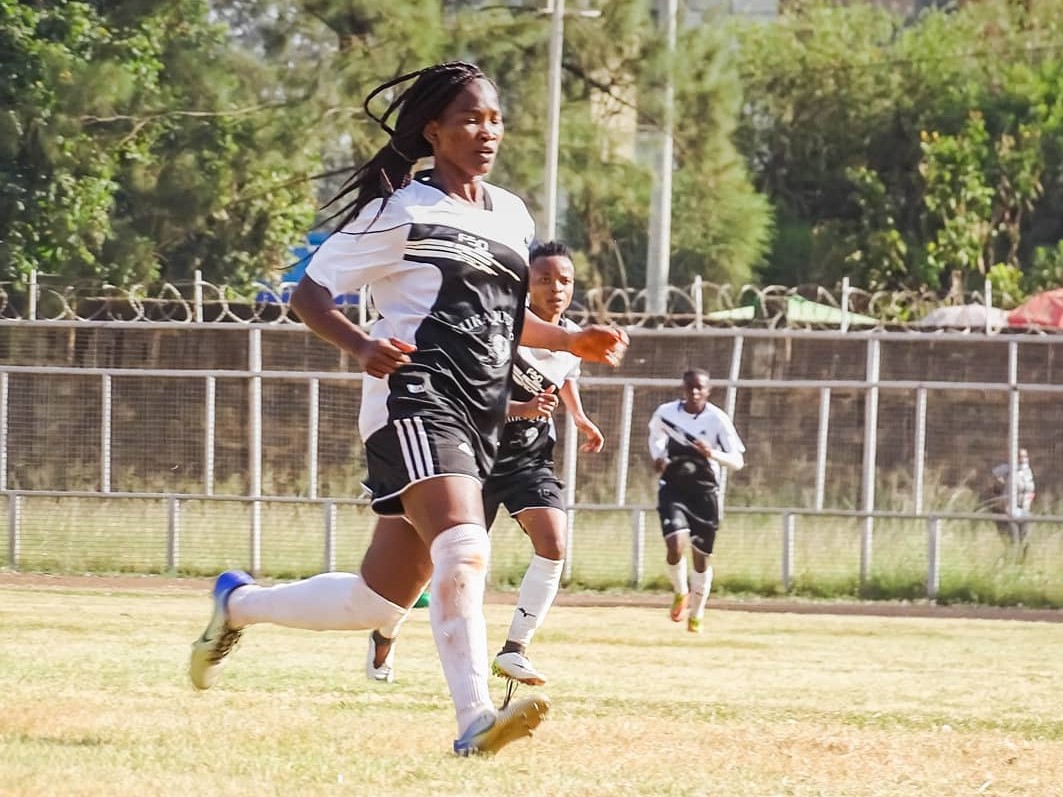 Harambee Starlets forward Esse Akida has expressed her delight in making a return to active playing.

The forward has been out for a while after ending her association with Turkish side Bekistas towards the end of last year and according to the player in an interview with Pepeta, it was a good feeling to be back playing again.

Also Read: Egypt to use a private plane for their Kenyan trip

“It’s been long since I played competitively and I am glad that I made the return. I enjoy playing football and when this opportunity arose I couldn’t turn down. The start was good and I want to build on it,” Akida said.

The striker first her admitted that she didn’t put her best performance on Sunday in the tie against Ulinzi Starlets but was confident that things will change with more games.

“I believe I can do more as a player because I know my potential. Been here for a little time and the gelling and the way the coach wants me to play was bound to take a bit of time. Im glad with how things went and I know better will come,” she added.

On the game and the team’s ambition, Esse added: “I want to win the title. We all do here. So the win was important because it wont be easy. Ulinzi is a good side so are the other teams in this division. Ours is to take each game at a time.”

The win saw Thika extend their lead at the top of the Zone A division to 24 points; eight points above second place Ulinzi.