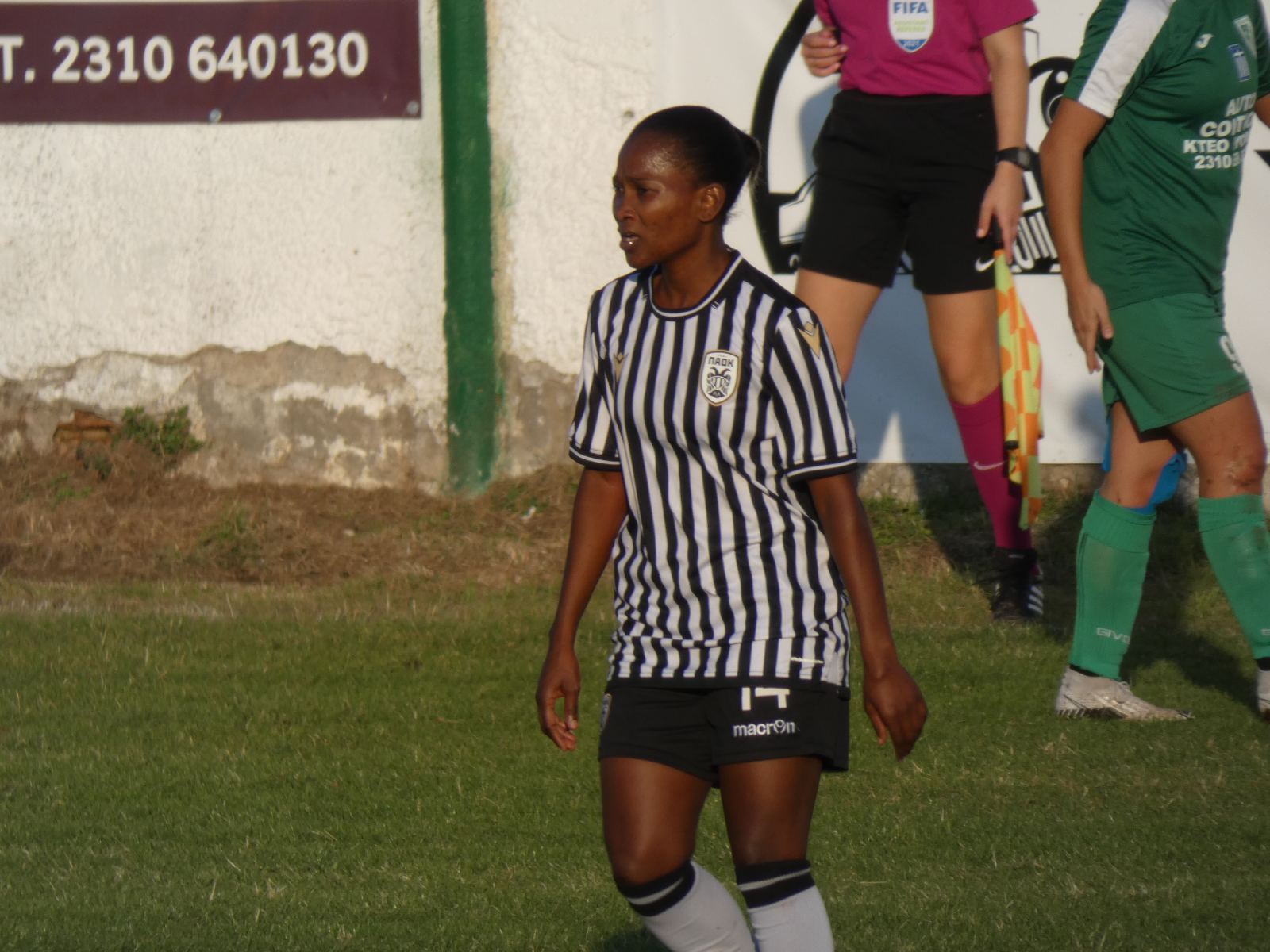 Akida who has been out for two weeks with an injury was only making her second appearance in the league on Monday in their 9-0 win over Agrotikos EM where she grabbed a brace and provided three assists.

Speaking on the game, the former Thika Queens forward noted: “I am grateful to be back on the pitch after a minor injury I had and combined my comeback with two goals and three assists. The result is encouraging for the whole team and will help us become even better. It is not easy to win by such a margin. I thank God for helping us.”

On her ability to score after grabbing a hattrick for her side in her debut for the club last month, Akida intimated that it was a natural thing for her to score goals and wanted to score more in the coming games.

“I can not say that I have a tendency(of scoring goals) but I’m attracted to doing so. I always want more and it is something that pushes me. When you know you can do more it pushes you. When I’m fit I want to be the best, I want to achieve more things,” Akida added.

The Kenyan will be hoping to add to her tally when they take on Kastoria on November 7, 2021.

Starlets forward Bertha Omita opens up on life at Simba