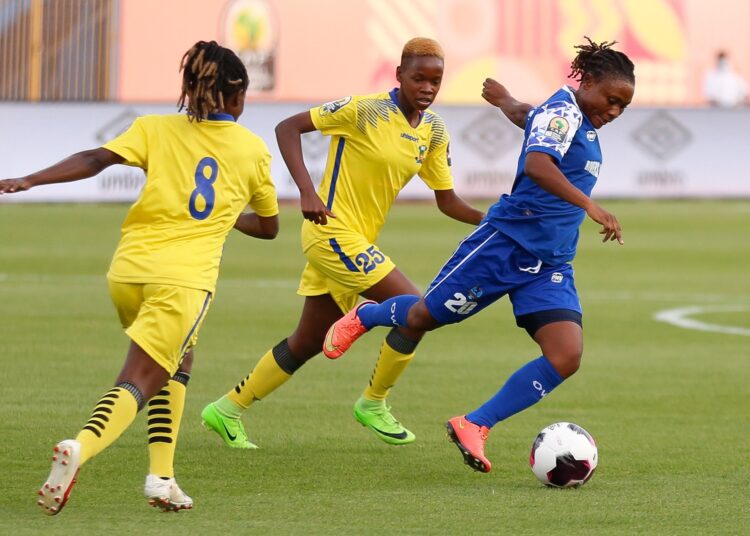 Kenya representative in the inaugural CAF Women Champions League Vihiga Queens bowed out of the competition following their 4-0 loss to Nigeria’s Rivers Angels on Friday evening.

Queens had arrived in the game hoping that a draw or another win against a Rivers side who lost their first two games was all they needed to make it to the semi-finals of the competition.

Things seemed to have been going on as planned by coach Charles Okere when the tie was to end goalless in the first half. The Nigerians however came back a different team in the second half with Vivian Ikechukwu scoring a brace of penalties in the 67th minute and 76th-minute minutes respectively.

Damilola Koku and Monday Gift goals were to add the other goals in the 80th and 83rd minutes completed the rout.

With the win, the Angels finished in the third position in Group B with three points from three games with Sundowns Ladies and ASFAR making it to the next round on seven and four points respectively after their draw in the other match of the day.

Sundowns will face Malabo Kings in the semi-final while ASFAR FC will play Hasaacas Ladies FC in the other tie.