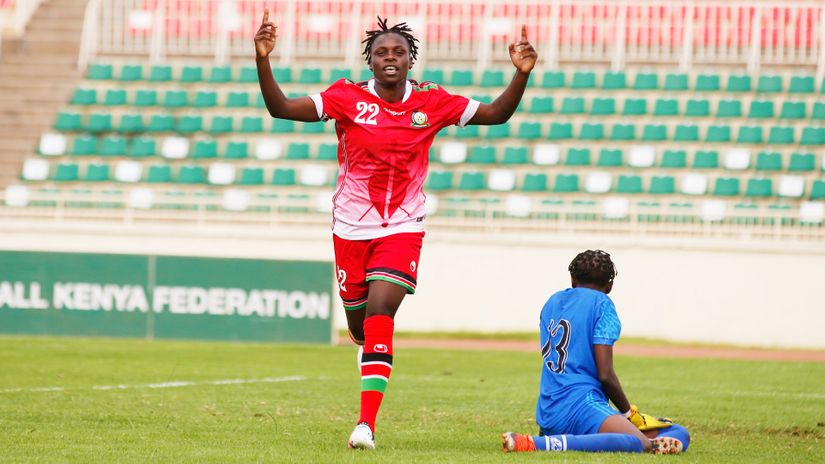 Career progression and not Government appointment is the sole reason why Harambee Starlets Neddy Atieno decided to hang her boots.

Atieno who had been out of the cold from the national team since 2018 returned to the national team fold this year when Kenya took South Sudan in the 2022 African Women’s Cup of Nations Qualifiers where she scored seven goals in the two-legged affair.

While her retirement came as a shocker, the striker says she had communicated the same to people close to her with the Super Cup clash between her Ulinzi Starlets and Thika Queens, which they won, being her last competitive game.

“I think for the interest of the teams I represent, it (the retirement) was the best decision I made in my career. I want to progress in my career and I have already registered for classes that will commence at the start of next year.

“The concentration required for such would have meant that I give less for my club and national team and I don’t think that would have been fair. I made this decision even before we played the Super Cup and communicated the same to the team and my friends.

“I want to believe I did my best each time I was called upon to defend the colors of my team and my country. I’m still a football fan and will help in any little way I can but it’s time to hand over the playing button to others,” Neddy who is a Kenya Army Officer told Pepeta.

The striker however remained coy on her new appointment as part of the Football Kenya Federation committee stating that she was still settling in the work and would give a comprehensive interview once in due time.