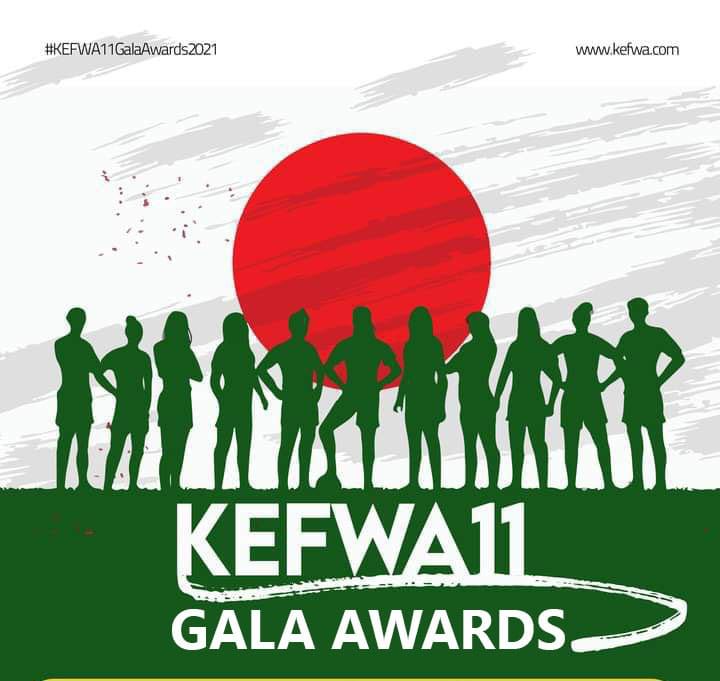 The Awards will take place on Tuesday, 14th December at the Zetech University-Main Campus -Ruiru, from 1 PM-5 PM EAT with the event set to award the overall eleven best players of the season.

According to  communication from the body, a total of 44 players nominated by the Awards’ committee were selected by their fellow players, through an online voting process with 33 players making it to the final list.

Dubbed “Bridge The Gap,” the winners will have the opportunity to network and connect with mentors, not only in the sports industry but also in the corporate world.

The program will enable women footballers to curve their niche outside football. It will also help them identify sustainable exit strategies, for a smooth transition from active football.

On the Awards, KEFWA Secretary-General Jerry Santo said: “We are trying to bridge the gap between the sports industry, -moreso women football- and the corporate industry.

“When you look at the finalists, these are players who were exemplary in their positions, and with the right guidance and approach, they can excel in the corporate world.

The players’ Union has been conducting Economic empowerment and Capacity building programs such as “Mind The Gap” and “Raising Our Game,” for their members to embrace second careers, in preparation for life after football.

“That is why the event is not just for awards, but rather a platform in which our players will have an opportunity to learn from other influential and successful women in the business and corporate sectors. We are hoping that the mentors and role models can guide their career path and walk with them through their second career paths.”