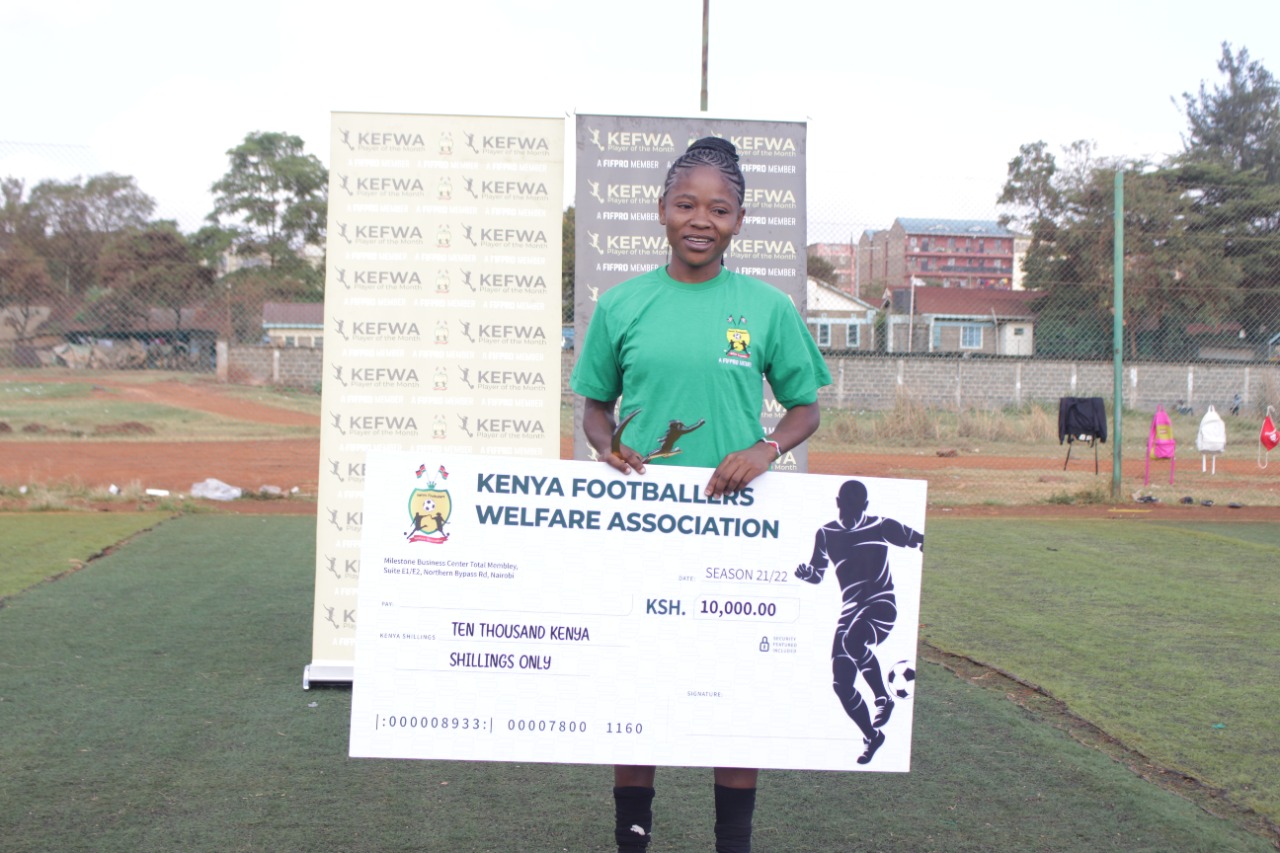 In December, the 19-year-old speedy winger netted a goal against Gatundu based side Gaspo Women FC, besides providing four assists against Kisumu All-Starlets.

The Kobala High School prodigy was voted by her fellow players as the December’s best, due to her brilliant performance and notable contribution to the University side.

“It is an honor to receive the award. Being my first time in the league, I would be lying if I said I was expecting it.” Kinglady remarked during a brief ceremony at Ruiru Grounds on Tuesday.

Sparks coach Benard Kitolo lauded the youngster who currently has a total of three goals and seven assists in seven matches.

“This award that started last season has motivated players and this improves the quality of our women’s football. It also shows that the payers’ hard work is paying off which is very positive since Joy was voted for by players from other teams despite being the youngest player in my squad,” said Kitolo.

The Kenya Under 20 forward garnered 45 votes to beat Jentrix Shikangwa (Vihiga Queens) and Kayole Starlet’s midfielder Theresia Londu who had 28 and 27 votes respectively.

Kinglady becomes the first player to win the award this season. She walked home with a personalized trophy and Ksh. 10,000.