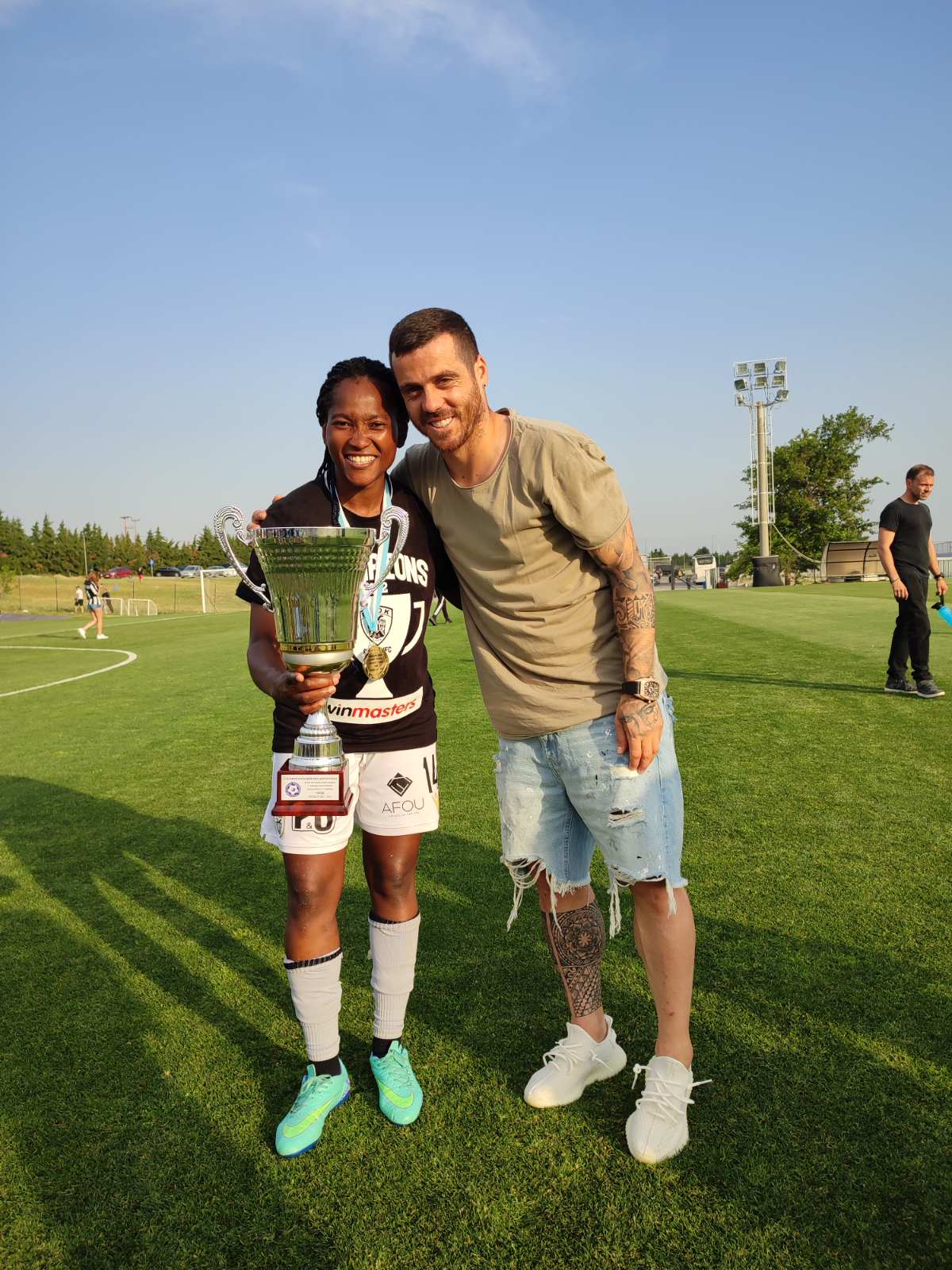 The former Spedag FC striker bagged 18 goals in the entire season after featuring in 221 games but feels he could have bagged more were it not for an injury and playing out of position in certain games.

“I’m happy that my first season in Greece has ended with a title and a golden boot. My work is to score goals and to be on top of everyone in the scoring charts is something that gives me a lot of joy. I believe I could have scored more but I had an injury setback before and was forced to play out of position in certain games due to unavailability of certain players,” Akida told Pepeta.

The title came with another chance for Akida to feature in the Champions League and after making her debut in the same competition for her club, she hopes they can go further in the competition next season.

“I want to be a regular in the Champions League. It’s one competition that I want to be in regularly. We participated in it last season but were eliminated earlier. My aim is that we make it to the group stage this time around and I believe it’s something that’s achievable,” she adds.

Akida will now return home for holiday before embarking on preparations for the coming season.