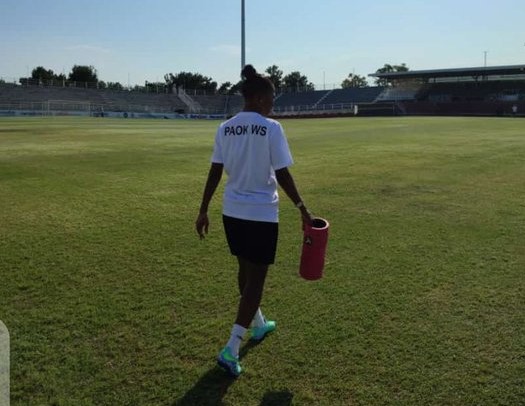 Harambee Starlets striker Esse Akida has extended his stay at PAOK for another year after a brilliant first season with the Greek giants.

The Kenyan signed a one-year deal with PAOK last year and emerged as the league’s top scorer with 18 goals with the club doing all they can to keep her as they aim to perform better in this season’s Champions League.

Speaking about the renewal, Akida said: “I am excited and happy about the fact that I continue to be a member of the PAOK Family. I want to thank the President, Mr. Athanasios Katsaris, the Management, and the coach, Lefteris Kanata, for their trust.

“Im hoping for a good season where we will create more memories.”

The striker has never hidden her admiration for performing better in the Champions League and stated in an earlier interview that her main aim in the coming campaign was to ensure that her team makes it to the group stage of the competition.

Pepeta has learned that the player had some deals on the table but decided on a one-year renewal at PAOK as she feels it was the best option in her journey to doing better in European assignments.