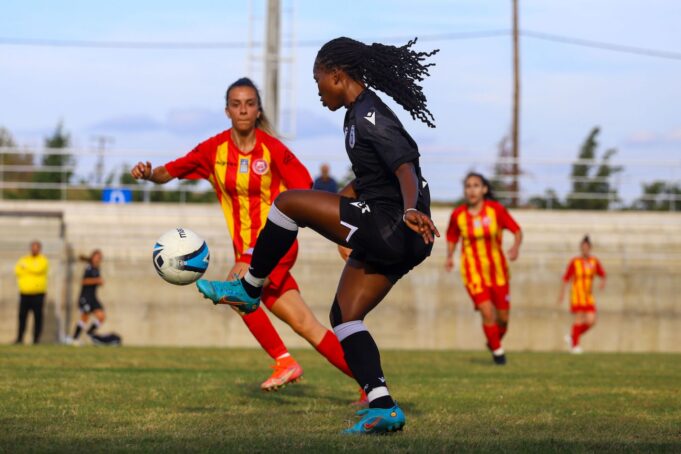 For more than four months, the Greek Women’s top-flight league has not taken place owing to several circumstances.

With this, Harambee Starlet striker Esse Akida who features for AC PAOK in the country hasn’t been active for three months owing to her last appearance in the UEFA Women’s Champions League against Scottish giants Rangers in August.

With the return of the league this month, Akida told Pepeta that it was a relief that they were finally going back to play and are looking forward to doing better than last season.

“It’s been tough being out for such a long time. I came to Greece to play and that’s what keeps me here. I’m just glad that we are finally back to playing and is already looking forward to the new season,” she said.

On her season aims, Akida who bagged the top scorers’ award last season after scoring 18 goals in 21 matches said she wants to better that tally in the new campaign.

“I want to outdo what I did last season. I missed a few games and I believe if I can stay fit through the season I can perform better. My aim is to bag 20 goals and I believe it’s achievable,” she added.

PAOK begins the new season with a tie against Larissa on Sunday, November 16, 2022.