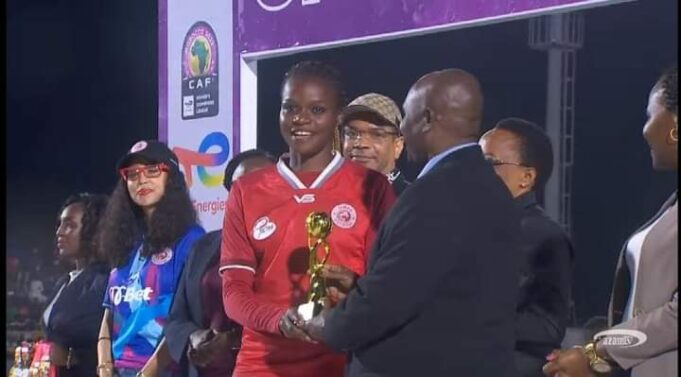 Harambee Starlets midfielder Corazone Aquino has been nominated for the  2022 Sportswoman of the year award by the Sports Personality of the Year gala Awards (SOYA) committee.

The event is scheduled for Nairobi’s Kenyatta International Convention Centre.on January 20th with the Simba Queens midfielder set to battle it out with some of the best sportspersons in the country; the list having the likes of tennis star Angela Okutoyi and Faith Kipyegon of athletics.

Despite Kenya having been suspended by FIFA, Aquino joined Tanzania giants Simba Queens in June this year and helped them to their maiden appearance in the CAF Women’s Champions League where they finished fourth.

The awards will have 11 categories including a return of the schools’ categories, which were missed during the last gala, since there were no school games due to COVID-19 pandemic.

2022 Sportswoman of the Year Nominees

Destiny or Misfortune: The KPL U20 Tournament