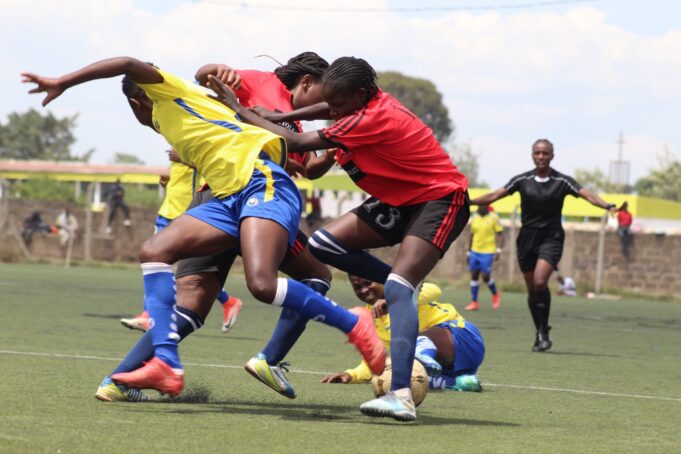 Vihiga Queens continued with the start to the FKF Women Premier League season with a 3-0 win over Kayole Starlets in a rescheduled league game staged at Nairobi’s Camp Toyoyo on Wednesday 11th January 2023.

Mercy Wayodi opened the scoring proceedings for the Vihiga-based side in the 27th minute before assisting Maurine Ater for the club’s second goal three minutes to the break. The hosts were to make things worse for them when they turned they turned the ball into their own net with 13 minutes remaining on the clock.

In the other match of the day, Thika Queens shockingly went 2-1 down to Bunyore Starlets in a game staged at the Thika Sub County Stadium.

Madlina Airin gave the visitors a surprising lead two minutes before the halftime break but the hosts leveled matters six minutes after resumption through Chris Kach. While the hosts went for the killer, it was Bunyore who turned the match in their favor with Priscah Akinyi converting a penalty in the 75th minute after Thika’s Bilonda Lupemba had been given her marching orders.